Committed to serving everyone in our community 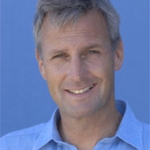 Member of Parliament for South Dorset

Richard was re-elected in 2017 and 2019 where he achieved the highest number of votes (30,024) and his highest majority of 17,153. Richard firmly believes in representing his constituents without fear or favour. He spent four years getting to know his future constituency, before winning the seat from Labour minister Jim Knight in 2010, with a majority of 7442. His broad life experience as a soldier, journalist, television reporter and businessman and his evident independence of mind clearly appealed to the people of South Dorset, who subsequently nearly doubled his majority in 2015 and gave him increased majorities at every election since

Help us take action on local issues and build a better Britain.